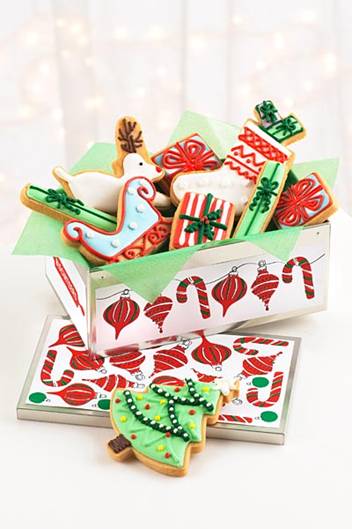 What is it? It’s a box of biscuits.  Hand-made, hand-decorated biscuits, in a nice tin box. OK, why? This is Interflora’s new idea. Instead of sending a bunch of flowers, you now get the chance to send a box of biscuits instead.  It’s a good idea.  Gives people options. That box looks very Christmassy… Indeed [...]

Coming up with something new to do with leftover turkey is one of the great cooking challenges of Christmas. This pie should help.As this is a ‘leftovers’ recipe, all quantities are flexible, depending on what you’ve got left over.Chop some bacon, maybe six rashers and fry in a large frying pan until it starts to [...] 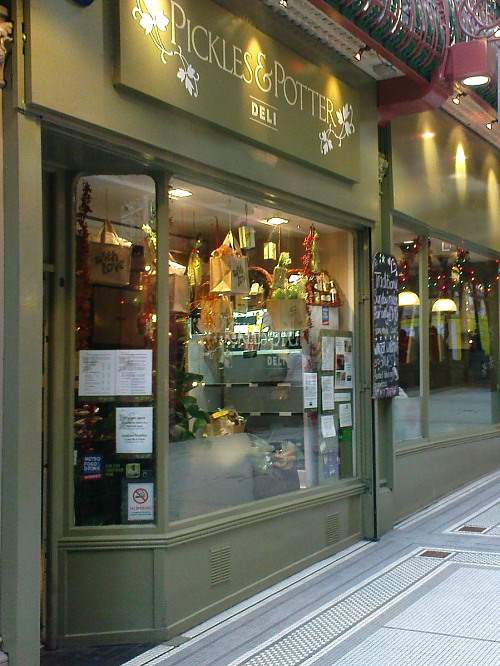 I took a break from Christmas shopping yesterday for a sandwich at Pickles & Potter’s deli in Leeds’ Queens Arcade. This is the first time I’ve eaten there, as each time I’ve walked past, the queue has snaked out of the door. The place looks fantastic – a bit purposefully shabby and hippy–ish, with chalkboards [...]