Grozet is a gooseberry flavoured beer from William Bros. Brewing Company, a Scottish brewer based in Alloa who specialise in the historic or slightly esoteric end of the market. William Bros. brew a range of unusual beers, Grozet being the prime example. It’s a heritage beer, based on a 16th century beer brewed at harvest [...] 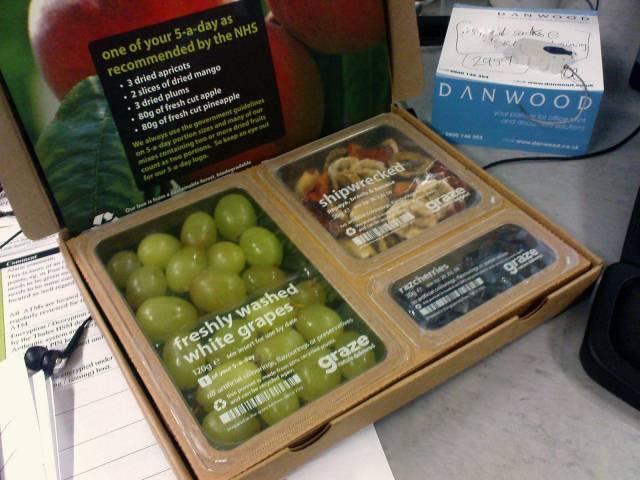 Graze.com have an interesting take on snacking in the office. Most of us seasoned office workers have a curious attachment to a vending machine of some type, normally filled with various types of confectionery, crisps and maybe a couple of different types of painkillers. I’ve always thought the fact that our employer sells us painkillers [...]