After a month of preparation, the time has come to bake some bread. My starter has been bubbling away now for a month and tastes and smells of yeast.Following the Moro recipe, I took 250g of starter and mixed it with 450g of strong white organic flour and 700ml of water. This resulted in a [...] 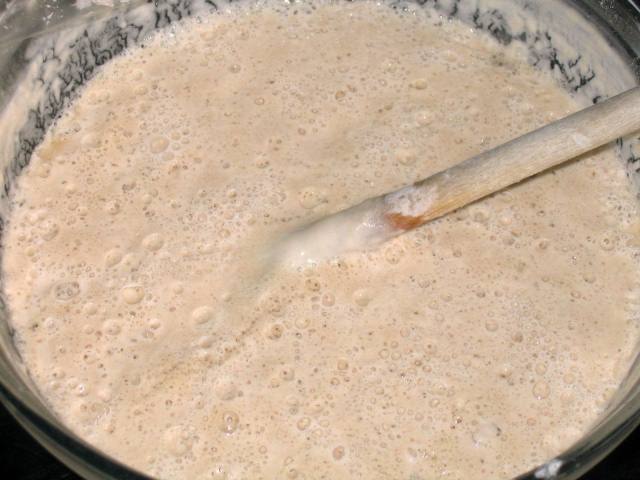 I normally have some sort of slightly weird cooking project on the go, but these experiments don’t often stretch over four weeks. The saga of the sourdough starter continues, having entered a new and exciting phase last week…the grapes are gone and I’m now carefully feeding the starter up to give it enough strength to [...]

There is life! I spotted a few gentle bubbles in my slightly pink sourdough starter yesterday, after six days of worried observation and occasional stirring. According to the recipe, we’ve still got to wait for another week before moving into an arduous fortnight of twice daily feeding which may actually bankrupt me given the huge [...]