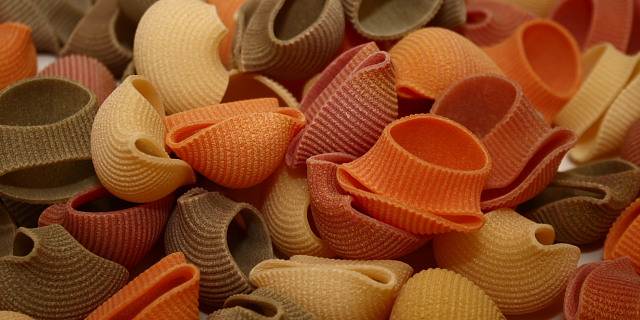 As I suspect plenty of people do, I buy massive bags of pasta from the supermarket. Most of it gets cooked quickly and eaten even more quickly when we arrive home either late or starving. Pasta often gets degraded to a ‘there’s not enough time to cook anything’ convenience food, but that really doesn’t do [...] This recipe comes to me via a convoluted path. It’s a Marcella Hazan recipe, posted on Thursday Night Smackdown by Claudia, the blogger behind Cook Eat FRET. Wherever it came from, it’s a magnificent recipe. This is really just an old Italian way of cooking a chicken breast stuffed with some pancetta and sage, but [...]