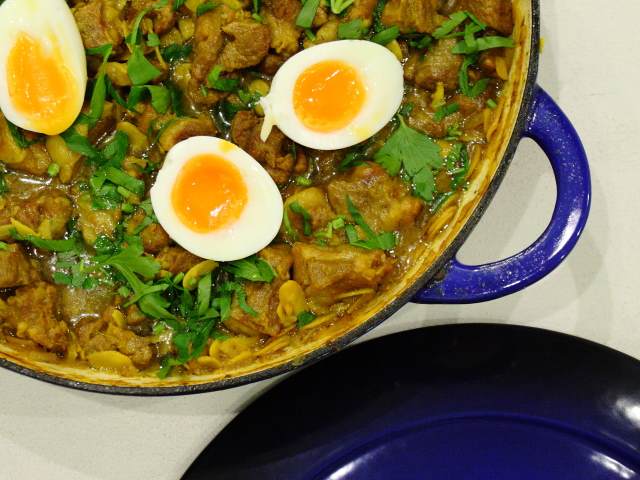 There’s something satisfying about chucking a few ingredients into a big pan, heating it all up slowly for a few hours, and emerging with a sublime casserole or stew with the absolute minimum of effort, and this particular tagine is a fine example of that form of (dare I say) lazy, one-pot, slow-cooking. The key [...]