Funny things, books about ice cream … They only get used for a few weeks a year, at least in Britain, and here we are, in the middle of those few weeks, besieged by glowering clouds and wildly fluctuating temperatures. Enough to make me to think seriously about turning the central heating back on rather than breaking [...] 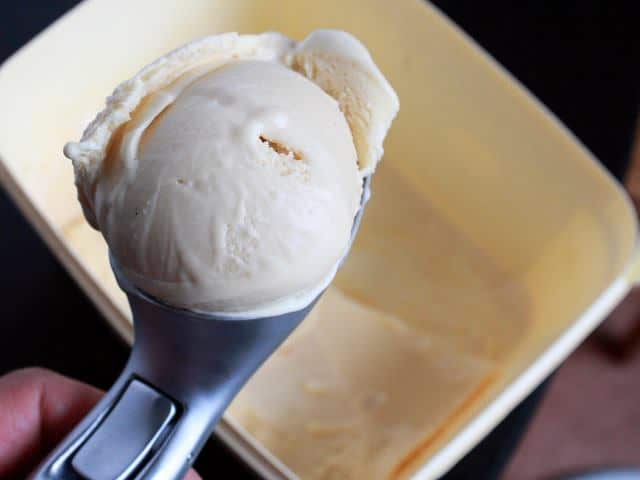 The quest for ever weirder ice cream flavours continues … After the olive oil ice cream from the other week, we’ve now got coconut, and it’s actually quite good – coconut intensified through a little gentle roasting to bring out its essential nuttiness, then used as an infusion in a standard ice cream base. Couldn’t [...] There’s no getting away from it, so I might as well just get this over with straight away – olive oil in an ice cream sounds downright odd. Perhaps it’s the idea of an oily dessert, or maybe the combination of oil and cream that does it, but there’s something about the very idea of [...] If you’ve read around this blog a bit, you’ll know that I’m not in the game of gratuitous self-promotion, but the other week, I astonished myself and the rest of the family by making an utterly sublime vanilla ice cream. I know it was good because the whole lot disappeared over the course of a couple [...] Vanilla ice cream.  It’s so boring it’s almost a joke, you’d think? That maybe true of the mass-produced, bland, tasteless soft-scoop rubbish you get at any mediocre supermarket, but the real thing is something else altogether. At it’s best – at it’s very best – vanilla is the king of ice creams, fantastic on its [...]