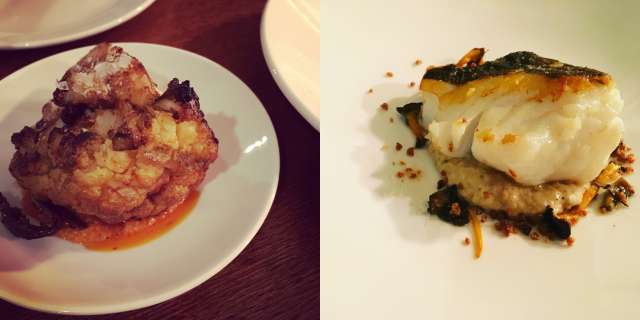 Way, way back, I used to have a Saturday job in the centre of Leeds.

This mainly involved constantly folding jumpers and failing to stop shoplifters, but it gave me one precious hour at lunchtime to wander in a big, arcing circle around the city, from one record shop to another.

I’d inevitably end up in Crash on the Headrow, and I’d walk past the single most terrifying sight in the whole of Yorkshire: Big Lil’s Saloon bar.

Tucked away down an alley, with a resident collection of violent-looking men ready to explode loitering outside, the place scared me to death. It closed in 2004, to absolutely nobody’s surprise, following a long and notorious run of trouble that culminated in a murder.

Let’s just say that it wasn’t the nicest of places and leave it at that.

The building stood derelict for a decade before catching the eye of the people behind the superb Belgrave Music Hall, who re-opened it as Headrow House, a multi-purpose venue, with a couple of cocktail bars, a roof terrace complete with R.E.M lyrics immortalised in red neon, a beer hall, gig space, and a restaurant.

Even in a city of such regular bar and restaurant openings (seriously, all the time), Headrow House stands out as something different, conjured up from a huge, rotting warehouse-sized space hidden between the main shopping streets that few knew existed, cleaned-up and fitted out in that slick, bare brick, metal and wood industrial look that plays oh-so-well in old industrial buildings.

The arrival of Ox Club earlier this month caused a predictable stir,  a restaurant built around a wood burner … a huge, iron contraption complete with racks and wheels and pulleys to control the height of the grill, fed with apple wood and cedar. It’s something to see in action, and it’s hard not to notice how lovingly the chefs tend this beast, cranking the grill up and down, smelling pieces of wood as they’re fed into the flames.

So, the menu at Ox Club naturally revolves around this big piece of industrial firepower. A reliance on a lot of flames in a restaurant is hardly unusual these days, especially in somewhere like Leeds, where every second place sells slow cooked ribs finished on a grill or something like that, but what is different is how that grill is used … with a lot more care and finesse than you’d normally expect.

We had a rampage across the menu and ordered seven dishes in all, a combination of three mains, a couple of starters and two sides. None of the dishes are particularly large, and that amount was about enough for two people.

The uncontested Instagram star of the show is a roasted cauliflower dish, served with a romesco sauce. It doesn’t sound like much. It’s not the sort of thing I’d order anywhere at all, but this humble little side dish has received a lot of attention recently, and I now understand exactly why. It shows off a lot of what Ox Club stands for … the bland cauliflower is transformed by the grill, the flames, the wood smoke. It melts and collapses, charred and browned, wilting into a soft heap that’s then seasoned carefully and plated with a piquant romesco sauce. It’s a staggering thing, the equal of the little bowl of chicken schmaltz infused with thyme there to dip chunks of bread in.

There was a hangar steak, too, cooked medium rare, properly, not served as ‘medium rare’ but in reality ‘cremated’, and some chips that did everything chips should do. I secretly rate restaurants on the quality of their chips, because it’s the attention to the things that people think are ‘small’ but which are actually monumentally important that really matter, and these chips were superb.

A chunky piece of cod, a beautiful, majestic hunk of white fish had both a crisp skin and a ghost like translucency that’s difficult to get right, and it fell apart into bold flakes at the touch of a fork.

I regret not ordering some ox cheeks, but the guinea fowl I had instead was very good. Again, it was grilled, and took on some of the taste of the fire and smoke. If I have to quibble – and I must, because what’s a very fine meal without one tiny flaw to bitch about? – there was a little too much sauce. That said, it tasted good. Very good.

Desserts were equally impressive. I must confess that I can’t remember what Jenny had, because I got lost somewhere in an orange cake sprinkled with sea salt and served with a scoop of baked chocolate that was rich and deep and tasted like a concentrated distillation of all the world’s cocoa crops into one spoonful.

Every once in a while, you have a meal that just slots together perfectly, where the food is sublime, the service relaxed, friendly and open, the chefs so obviously into what they do, and you look around and see an understated and stylish dining room, stacked full of real things like bold chunks of wood, and you feel suddenly that all is good, that there’s something there that goes beyond all the hype and excitement, something that’s more real than you’re used to.

I saw that in Ox Club, and it was wonderful.

Good Things to Drink with Mr Lyan and Friends, by Ryan Chetiyawardana
Pork belly braised in beer, with Cajun spices