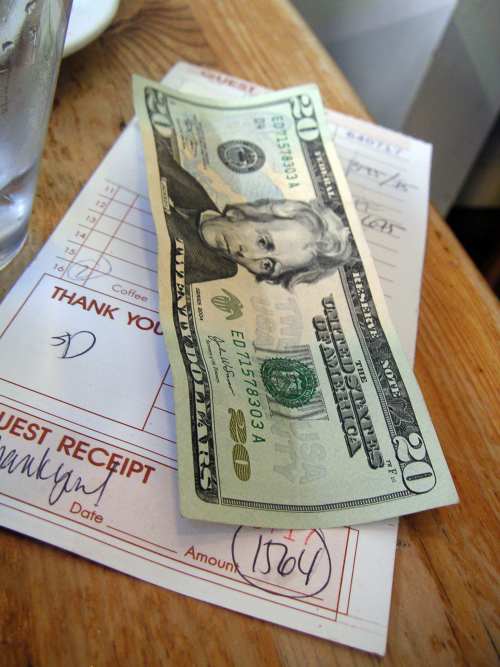 I write a lot about restaurants, and I’ve written before about my reservations in doing so, but as this blog has grown (beyond my wildest expectations, it must be said), I’ve been approached more and more often by restaurants who want me to write about and review their places.

The basic approach, normally through a PR agency, is along the lines of ‘come and have a free meal, then maybe you could write a post about it?’.

For several reasons, I never feel entirely comfortable with this, which leads me to the central and tricky question…

Can you review a restaurant if you didn’t pay for your meal?

As with many ethical questions, the answer is far from straightforward.  There are many different points of view and motivations.

I can understand entirely why restaurants would want people like me to write about their restaurants – it creates a buzz, and some presence on the Internet. A lot of that buzz will be quite localised, as most bloggers tend to concentrate on a certain area, so it seems natural for restaurants on their patch to want to be featured.

A comped meal is a small price to pay for some decent, targeted exposure.

For the writer, there’s a free meal in it and another experience to write about. The attraction of a free dinner is obvious, but anybody who’s ever written a blog will know that the opportunity to get some new material to write about is equally tempting.

It would seem to be a win-win situation, right?

I’ve accepted a couple of free meals in the early days of this blog, but I didn’t particularly enjoy the experience. There was too much weight of expectation, and I felt compromised.  They were very odd situations – I’m just a little amateur writer who happens to cook a bit, yet there I was, feted as some sort of influential critic.  It felt very uncomfortable, and bluntly put, I felt like a free-loading fraud.

Is it all fake anyway?

The central, unspoken truth of the free PR meal is that the restaurant knows who you are, and that leads to the question of whether you’re presented with the same sort of meal and service that the average bloke in the street would get, or whether you’re eating in a restaurant that’s pulling out all the stops to impress because they know there’s something in it for them?

To me, this is very clear.

There isn’t a kitchen and front of house in the world that won’t raise their game to stupendous levels once they know that they’re cooking for and serving somebody who’s going to publish their opinion of the experience.  I can’t understand arguments contra to this position.  The restaurant has a reason to impress, and they’re going to damn well try to do that, especially as they arranged the situation in the first place.

The thing is, when a restaurant knows who you are, what you do and that you’re going to write something about them, how can you possibly ever get a true view of what the place is really like?  The kitchen will try to leave their mark, the service will be different, and they’ll do everything possible to make sure you have a great time.  Wrapping the event up as a ‘launch’ or a ‘PR offensive’ really doesn’t change anything.

Would you have the same experience on a slow, wet Wednesday evening in March?

You might, but more probably, you might not, and as a reviewer, you’d never know because you didn’t experience the restaurant in the same way as an average customer.

So, are PR led reviews worth anything?

I’ll go out on a limb and declare my hand.

No, I don’t think solicited restaurant reviews are worth the pixels they’re written with.

I’m not suggesting that free stuff is wrong. I accept products and books for review every now and again, and the terms on which I do so are clearly laid out, but meals are a different beast because of the service element.  The experience is service led, and the fact that the situation is essentially staged means that the reviewer isn’t getting the same experience as everybody else, which undermines the credibility of the resulting review. It’s not a balanced and equitable situation.

It’s all about service, and when you don’t pay for your meal, you’re not experiencing the real thing.

It’s altered by your position, by the truth that everybody in the place knows why you’re there.

When I read restaurant reviews that either start or end with something like ‘I attended so-and-so event as a guest of the restaurant’ or some other shorthand for ‘I didn’t pay’, I immediately downgrade whatever opinion is expressed and look harder for other people’s views.

I know that bloggers generally act in good faith, but there’s a compromise at the heart of what’s essentially a paid for review, and it feels like many blogs these days are becoming essentially pay-for-play.

There are plenty of horror stories out there about badly behaved amateurs expecting the earth. This example simultaneously amused and horrified me, and makes me want to stay clear of the whole game.

So, what do you think? Is it right to eat for free and write about it?

The International, Bradford
What’s the matter with Leeds Kirkgate market?