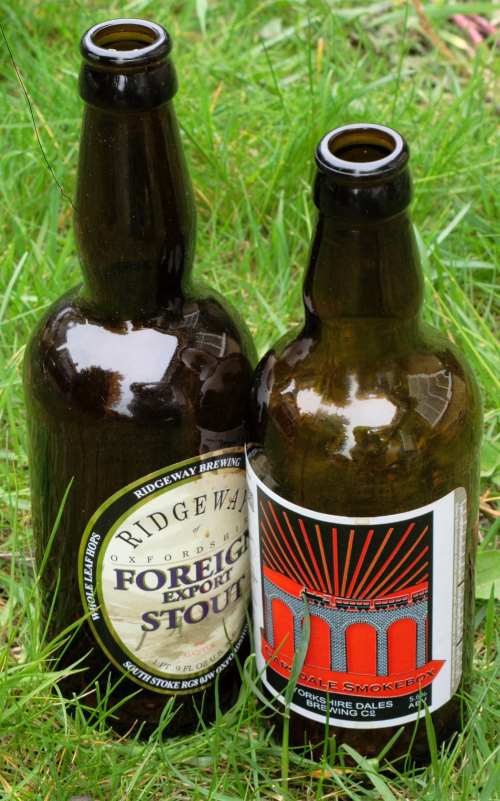 Historically, there is really no difference between a stout and a porter, but in modern style guidelines, a stout is differentiated by the addition of roasted barley.

Both are dark, heavy, wintry drinks.

These names have always been used somewhat interchangeably. It hardly matters.

So, tonight, a stout and a porter, whatever that means – Ridgeway’s Foreign Export Stout and The Yorkshire Dales Brewing Co.’s Garsdale Smokebox porter.

One was good, the other…not so good.

The Foreign Export Stout was very rich, with a distinct chocolate flavour and a licorice aftertaste. It was sweet and a little cloying, not bitter enough.

Garsdale Smokebox was altogether more successful. Bitter and deeply flavoured, with none of the sweetness of the stout. A cleaner and more satisfying pint.

I also had a pint of Acorn Brewery’s wonderful Northdown Blonde this week. Northdown Blonde is a pale ale, so much so that I was accused of drinking lager, and is very refreshing, bitter and complex.

Excellent on a warm spring evening.