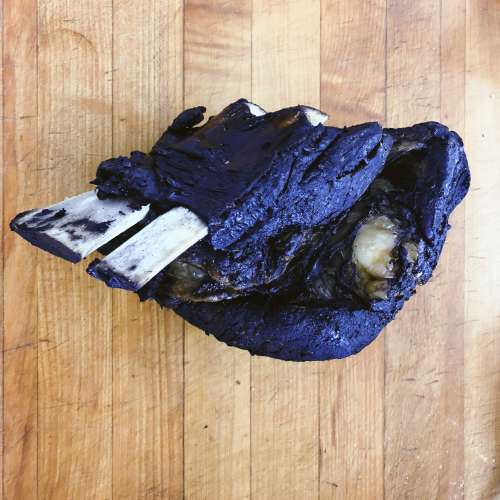 I started cooking tonight’s dinner this morning at about half past eight, before anybody else was awake, and most importantly, before any of the neighbours had hung any washing out to dry. Short beef ribs take a long, long time to cook, and they’re at their very best when they meet a little smoke. So, [...] I made this pie yesterday. It was a simple, lazy Saturday afternoon, and we had some friends round who we see far too little of. Everybody drank coffee and talked and sat in the sun, and the kids played, and I holed up in the kitchen, listened to John Coltrane and made a pie. And [...] I’m one of those people who take photos of  food to post on Instagram. I make no apologies for this – it’s what Instagram is made for, but sometimes the application of a vintage filter on a perfectly normal photograph makes it look a little … different. Just take a second to look at the picture [...]