The Copper Dragon Brewery resurrected the local brewing industry in Skipton in 2002, with the aim of re-establishing the long defunct Skipton Brewery. Their aim, after much research which basically indicated that the more artisan end of the beer market was being squeezed to near death by the big multinational breweries, was to brew traditional, [...] 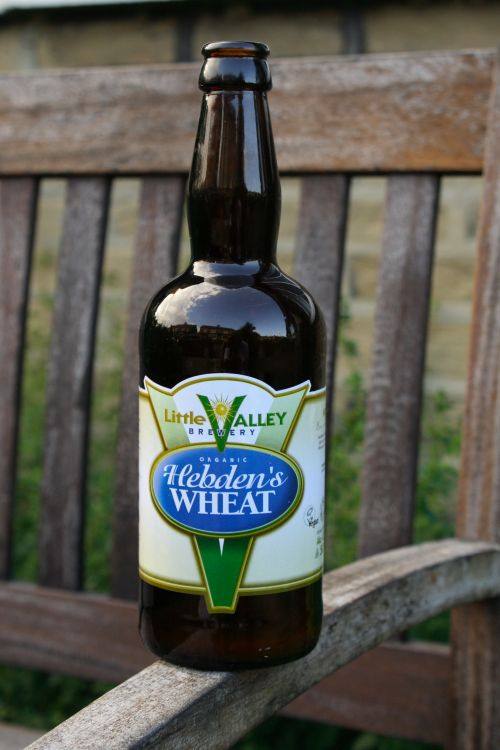 Hebden’s Wheat is a light and lively wheat beer from the Little Valley Brewery in Hebden Bridge. The beer is bottle conditioned, with a distinct lemon taste, tinged with coriander. It goes perfectly with a curry or other spicy food. Little Valley’s beers are organic, certified by the Soil Association and overseen by the brewery’s [...]