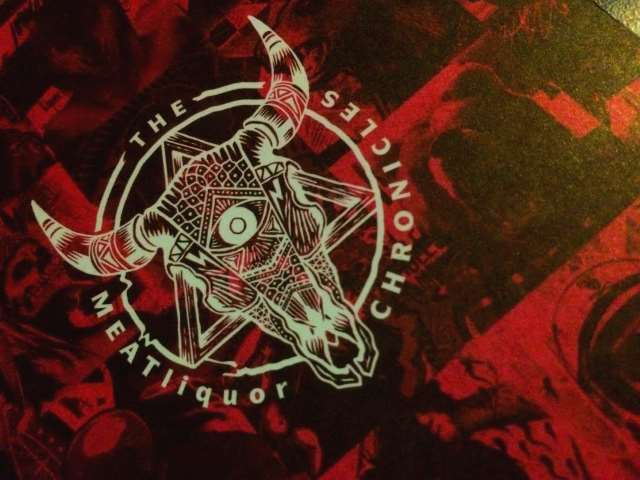 I’m on record as stating quite firmly that a burger cannot be classed as ‘gourmet’ in any way shape or form.

It’s not that a burger can’t be good. It can be. It can be just the thing at times, but the thought of anywhere labelling their burgers as some kind of fine dining, gourmet affair is a bit, well, daft.

In general, I stand by that, but I’m prepared to soften my stance a little after eating at Meat Liquor, the latest burger joint in Leeds. These were burgers on an entirely different plane to any I’ve tasted before.

Some haven’t covered themselves in glory, with their crass sexism and frankly stupid stunts, others have quietly dominated dull shopping streets. Meat Liquor just snuck into a very unpromising afterthought of an alley running into the Trinity Centre and started making burgers and playing Marilyn Manson really loudly.

Ok, so…food. Cocktails and burgers. Lots of burgers, with chips, sorry, “fries” on the side.

That’s about it, really, but those burgers are first-rate … big, thick patties of beef cooked rare and served with a careful selection of things to stuff inside a bread roll, things like cheese, chilli, halloumi, pickles, lettuce, etc, along with something called ‘Dead Hippie sauce’.

My off-piste choice of a chicken burger was sensational, a deep-fried fillet served with a hot pepper sauce, lettuce, red onions, with a blue cheese sauce over the lot. It slipped and collapsed in my hands in a way that felt quite appropriate.

Meat Liquor has that something undefinable in spades.

It’s in a basement, for a start, down a dimly lit staircase leading into a room kept at a perpetual state of ‘around midnight’, with low lighting and a centrepiece bar.

It looks hip. It looks cool. It feels like the sort of place that’s got something to say, that  will shove you down onto a bar stool and make you listen, if you can hear above the cacophonous soundtrack of obscure indie and alternative of every flavour imaginable. Have a listen to their in-house Internet radio station at www.meattransmission.com, and remember that anybody who flat-out bans both Coldplay and Morrisey is alright with me.

And the things that Meat Liquor has to say are quite simple – they kind of just want you to have fun.