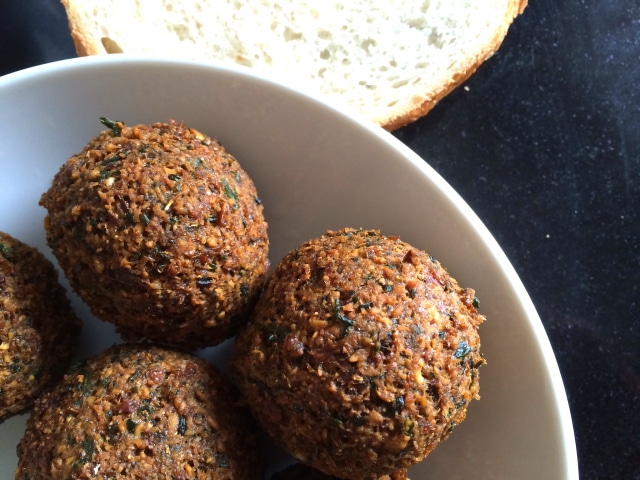 In real life, I manage information security for a big financial organisation. It’s the most fascinating job in the world, this juggling of risk versus reward versus control. We have to get things just right, so that our business can do  business, but our customers remain safe.

I know that the biggest asset we’ve got as an organisation is your information, your name, your address, your date of birth … all the things we know about you because we asked you when you opened that savings account or took out that mortgage.

All of that seemingly insignificant information, just bits and bytes and snippets of this and that roll up into something quite vital, a shadow of your very life, a shadow that people can and do try to steal and misuse and abuse and take advantage of.

One time, years ago, I made falafel. They collapsed in the fryer, leaving me with a disgusting sludge of chickpeas and vegetable oil. For that reason, I’ve resisted making falafel for well over a decade, but the time has come to conquer that fear, for conquer it, I must. I really do need to get over things like this …

The trick is in the process.

The stats on identity theft are absolutely horrifying. It’s a crime that’s seemingly sprung out of nowhere, yet has been with us for millenia. People have always been charlatans, they’ve always practiced deception for their own ends, but these days, all of that’s easier and simpler to execute on an extremely grand scale. Your lovable conman is now part of an international crime gang, and you and me are the target.

This bothers me. It bothers me a lot, and there are so many times when I see or hear of people not even taking the most basic of steps to protect themselves and their identities, both online and off. Re-use the same rubbish password across every site you log on to, anybody? Not really bothered about running any security software? PC riddled with spyware? Just chuck those statements straight in the bin?

The main thing to remember is that falafel are no place to use canned chickpeas … you’ve got to use dried, and they’ve got to soak overnight. There’s no way around this. Canned chickpeas just won’t work very well.

150g of soaked chickpeas will make about fifteen to eighteen falafel. Blitz the drained chickpeas in a food processor until they look like coarse breadcrumbs, then add a handful each of flat-leaved parsley and coriander leaves, along with two teaspoons each of ground coriander seeds and ground cumin seeds. Add half a teaspoon or more of chilli flakes, half a teaspoon of sweet paprika, and up to a tablespoon of salt, or to taste, half a diced onion, a couple of crushed garlic cloves and half a teaspoon of bicarbonate of soda.

Process again until everything is well mixed.

It’s very hard to get all of this right, hit that sweet balance of living a rich and fulfilled life both on and offline whilst also protecting yourself properly from the never ending onslaught of cyber crime and identity theft, but there are a couple of easy things that everybody can do:

I’ve fallen victim in the past. I once apparently bought a pair of flights from Manchester to Paris, or so my credit card company told me during a frantic phone call. I didn’t buy them – I kinda wish I had – my card had obviously been involved in some sort of data breach somewhere, and had been bought and sold on the hacking and carding underground, then finally used in a little test transaction for a quid or so that I didn’t notice, then *BANG* a few hundred pounds worth of fraud.

I got away with it.

The mixture binds together much better if it’s chilled for at least half an hour.

When you’re ready to cook, heat enough oil to deep fry up to 180c and drop shaped dessert or soup spoons of falafel mixture into the oil, frying for about three or four minutes. There’s a knack to shaping a falafel that I haven’t got – just use your hands to make a smooth ball.

I can tell you’re still not convinced that any of this is real.

There are hundreds – thousands – of victims of identity theft out there, and their ranks grow by the minute. Here’s a little facebook group called The People’s ID Bot Project that collects together people’s tales of identity theft and offers some fairly solid and accessible advice on breaking incidents and general protection. It’s worth a like, and a read, mainly because sites and pages like this ground the reality of identity theft … reading people’s personal experiences of being ripped off definitely hammers the message home more effectively than some security professional preaching at you about changing our passwords (yeah, sorry about that. Professional instinct, innit?).