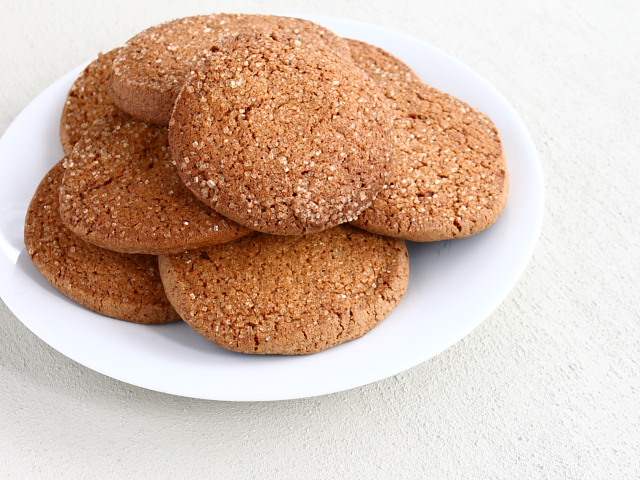 These biscuits didn’t really come out as they were intended.

They should have been thinner and much more fragile, but the slightly thicker and heavier versions I ended up with have a good heft to them.

They’re not what they were meant to be, but they taste good and that’s all that really matters.

Beat 225g of unsalted butter and 250g of granulated sugar together in a bowl with a wooden spoon, or better still, in a stand mixer until it’s smooth and starting to go pale.

Mix in 60g of golden syrup and a teaspoon of vanilla extract and then incorporate two eggs, one at once.  Make sure that the mixture is smooth and properly mixed.

It might seem odd, but it gives the biscuits a real heat and punch, and it blends well with the other aromatic spices in the mix.

Add the flour to the butter and egg mix and beat it all together until you’ve got a firm dough.

Tip the dough out onto a floured worksurface and slice it into four chunks, shaping each into a log about four centimetres across.  Wrap each log in clingfilm and refrigerate for an hour or so to let the dough firm up.

When the dough has rested, unwrap it and slice each log into one and a half centimetre wide discs.  Drop each disk into a bowl with some demerara sugar in it, so that just one side is coated, and set them on a baking tray lined with greaseproof paper, about eight or nine centimetres apart to allow for lots of expansion.

Bake at 180c for five minutes, then rotate the trays and bake for another five minutes until the biscuits are a dark, golden colour.  Let them cool on the tray.

This recipe is from David Lebovitz’s Ready for Dessert: My Best Recipes

Ready for Dessert, by David Lebovitz
Use By vs. Best Before vs. Display Until