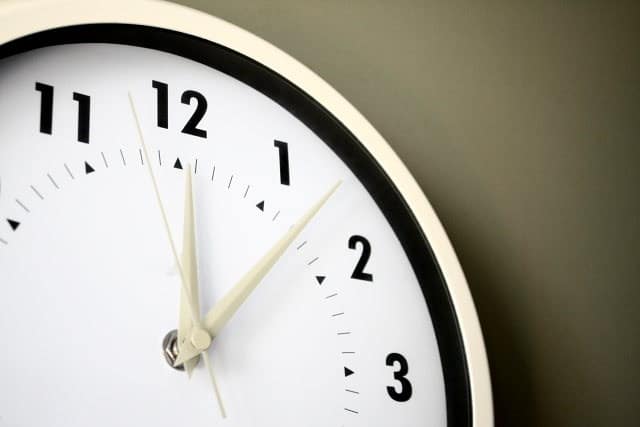 Here’s a quick survey to start you off…just click on the big red button and answer two easy questions:


…I’ll post the results back here in a week or two.

A few weeks ago, we ate at Kendells rather excellent French bistro in Leeds.  They had a ‘tea time’ pre-theatre menu on the go, which I mentioned at the time was a nice little nod to the restaurant’s Northern roots, but it also got me thinking…

The only meal that the entire British nation seem to agree on a name for is breakfast.

After that, it all goes to pot.

Is it lunch? Is it dinner? Is dinner eaten at midday or in the evening? Is the main evening meal dinner or tea? Is supper a proper meal or more of a late night snack? Is there such a thing as brunch?

As with many other things in Britain, the origins of these variations are rooted firmly in geography, economics and class.

In the former industrial heartlands of the North, in Yorkshire and Lancashire and further North, people often use ‘dinner’ to mean a midday meal or lunch. Children eat ‘school dinners’, their parents give them ‘dinner money’ to pay for them. Lunch is widely used and understood, of course, but ‘dinner’ as a midday meal is something that’s stuck around.

‘Tea’ is also still widely used to indicate a main evening meal, but talk of ‘dinner’ in that context and nobody seems to notice the difference

I’ve been covertly conducting a blunt and wildly unscientific experiment in the office over the past few weeks, randomly interchanging lunch and dinner and dinner and tea in any conversation that warranted their use.  Obviously, I talk about food a lot at work, so there were plenty of opportunities to play around with…

Broadly speaking, everybody understood which meal I was talking about, regardless of what I called it.

Lunch and dinner? Totally interchangeable, at least informally…where the mid-day meal was even only slightly more formal, it became ‘lunch’.  A sandwich from the (excellent) staff restaurant or brought in from home was often ‘dinner’, or more likely, ‘me dinner’, but meeting somebody for a business meeting over a meal is invariably a ‘lunch’.

Tea and dinner were even trickier to get hold of.

There are personal preferences either way, and a sense that formality again has a part to play.

You have your ‘tea’ at home, but if you go out to a restaurant to eat, it’s probably ‘dinner’, but not always…if it’s very informal – something quick in a pub or café in the early evening, it’s still ‘tea’.  If there are kids eating too, and its early evening, it’s also possibly ‘tea’.

If it’s a takeaway, it’s also ‘tea’, especially before about 8pm.  If you invite somebody to your house to eat, it’ll most likely be for ‘dinner’, and as such, some extra effort will be made.  If you know the person very well, and it’s not a particularly planned or spectacular thing, it could still be ‘tea’.

Supper is even stranger.  This one shows a real class divide, whereas the lunch/dinner, dinner/tea situation is as much a question of geography as society.  To the very well to do, ‘supper’ often means ‘dinner’ or ‘tea’, or whatever you choose to call your evening meal.  To everybody else, ‘supper’ is merely a late night snack, a non-meal like a slice of toast in front of News at Ten.

Brunch, for the record, does not exist. It’s an American affectation.

One thing that struck me very clearly is that people don’t really seem to care what other people call their meal times.  Using the traditionally more working class form of ‘dinner/tea’ raised no eyebrows, nor did use of the alternative lunch/dinner.  Both forms appeared to be almost entirely interchangeable, in my experience.

I thought a conclusive, cast iron, incontrovertible piece of academic research would be to ask a four-year old, on the basis that four-year olds are less sullied by any ridiculous notions of class or status, and generally tell you the absolute, brutal truth and tell it to you straight.  My four-year old understands all variations, but tends to prefer to mix her schemes and use ‘lunch’ and ‘tea’.

So, that’s completely inconclusive, then.  It was worth a try, I suppose.

It seems that anything goes.

Nobody uses ‘supper’, though.

Well, they might in Harrogate or Ilkley, but still…